5 Reason to Not Have an Outdoor Wedding Ceremony

5 Reason to Not Have an Outdoor Wedding Ceremony

The most obvious issue with outdoor ceremonies is bad weather. You have no way of controlling the weather, the weather can change quickly, and you’re making the decision to have an outdoor ceremony in advance. That’s really scary. What will you do if it rains on your wedding day or snows? Unless you have a tent or another backup plan, your ceremony will be ruined.

Over the years I have photographed several outdoor wedding ceremonies and only one time has it rained enough to cause a problem. Lucky for the bride and everyone else, there was an indoor option as well. If that hadn’t been an option, I don’t know what we would have done. 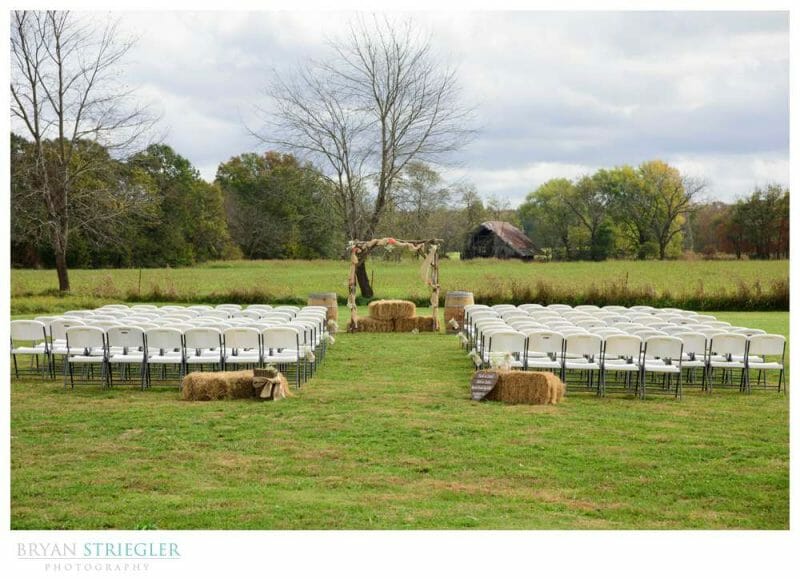 Another side of the weather is the temperature. You might have to deal with the extreme heat or extreme cold. I’ve dealt with both and it was really miserable. I was either wiping away sweat or shivering.

As I mentioned in the previous article, having enough light is a big plus of being outside. One problem that I’ve run into, though, is that sometimes there is too much light or really strong light. At one wedding, there were trees surrounding the ceremony site. This blocked the majority of the direct sunlight, but the sun came through in one area and made a spotlight on the couple. This made life difficult because they were lit and everything else wasn’t. Another time, the sun was shining directly on the ceremony site and it was strong. The poor groom was squinting as the bride walked down, and I honestly don’t know if he could even see her.

If you’re concerned with having really strong, harsh light, I suggest you check out the site before you commit. Go to the site roughly around the same time you plan on having the ceremony. Walk around and look at things from plenty of different perspectives. Will the light be in your eyes, the ministers, the crowd?

Just like the weather can change drastically, so can the light with an outdoor ceremony. Clouds can move in and out and the light will change a lot toward sunset. This might not be a big deal for the guests, but it can be an annoyance for a photographer. When the light changes, it affects camera settings, and then I have to adjust. A ceremony might start off with plenty of light and then by the end it could be almost dark. This means that toward the end of the ceremony I might have to use flash. I’d have to set this up in advance and then turn them on. It’s all quite possible and not the biggest deal in the world, but it is something to consider.

Yes, when you’re outside you might have to deal with wild life. I know that sounds crazy but I have seen things happen before. I had an outdoor wedding ceremony back in November, and everything was perfect except for the bee flying around the couple. It just wouldn’t go away and eventually the best man managed to smash it with his hands. I’m not sure if he got stung or not.

Besides being attacked by bees, you might have to worry about squirrels, spiders, bugs, or dogs. Now not all of them are going to really be a threat, but it might just be something like a neighboring dog that won’t stop barking. There’s really nothing you can do to stop that.

I know that sounds silly, but it really is something to consider. You’d be surprised how many people have allergies. You might see your outdoor ceremony as trees and beautiful  scenery, but to some, it might be an allergy nightmare that leaves them sneezing the rest of the day. Of course you can’t make everything perfect for everyone, but you might check with your closest family members and maybe check the pollen count for that time of year.

Alright, I’ve now shared both sides, the good and bad about outdoor wedding ceremonies. Now that you’ve read 5 Reason to Not Have an Outdoor Wedding Ceremony make sure to read the other article before you make your decision. As far as my opinion goes, I’m pretty close to the middle, but I probably lean a little more having it outside. In the end, it’s your wedding and your decision, but I hope I gave you some things to help you with your decision.