Do you like dancing and big parties? Well, then you are in luck because Patrick and Shayla’s wedding was all about friends, family, and having a good time! Check out their upbeat wedding and put a smile on your face!

An Upbeat Wedding: Patrick and Shayla

I knew from the moment I met them that these two were going to be fun to be around. They weren’t looking to be traditional, which is perfectly fine. When you know what you want, go for it. Their engagement photos had some of the normal feel to it, but they definitely threw their personality into it whenever they could. There were some goofy faces and their signature tongue action.

The girls got ready at a house down the road from the venue, and this is when we did most of the detail shots. There were certain things that had great significance to Shayla. Her father passed away, so she had several things in his memory. In her bouquet, she had a cardinal because cardinals were always special to him. She also wore a necklace and had a special section at the reception with photos of people that were no longer with us. 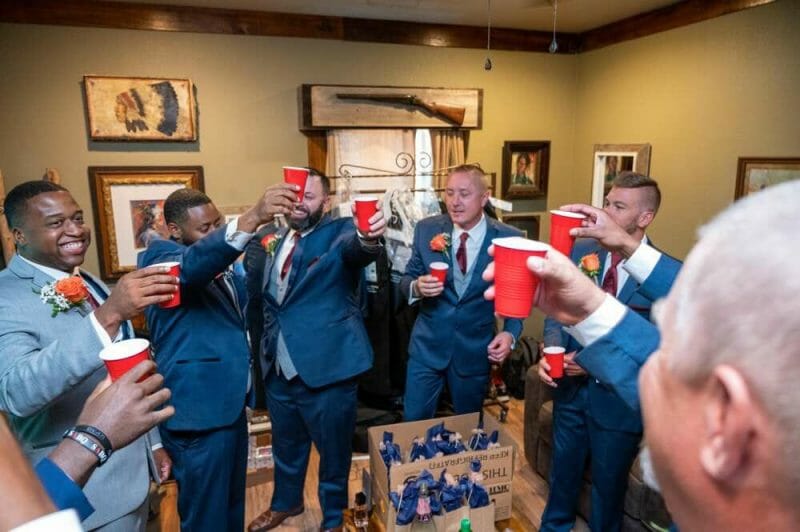 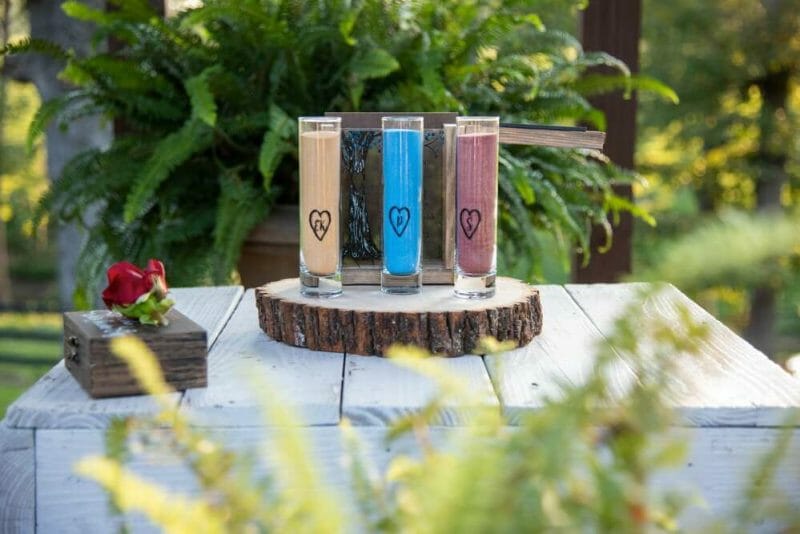 The guys were a whole different experience. They got ready at the venue, The Barn at the Springs, and it started off with excitement. There was all types of hugging and grabbing and drinking. You could tell that these guys were close, and this was a special day. 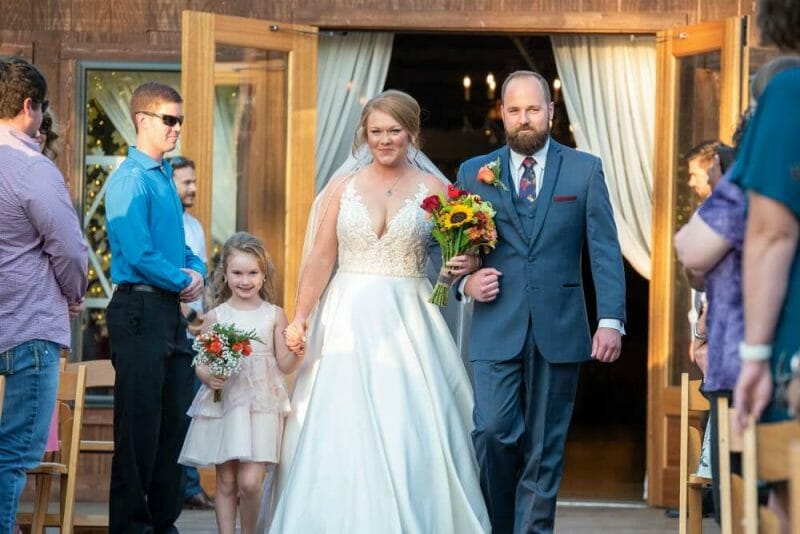 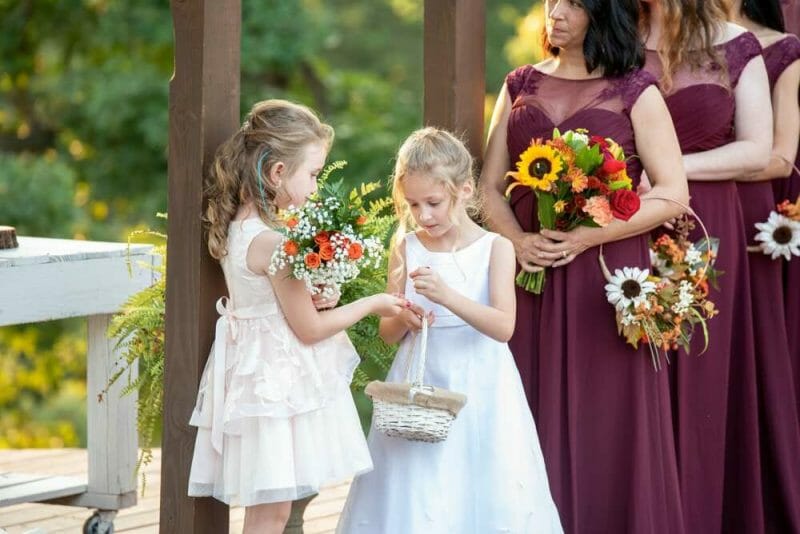 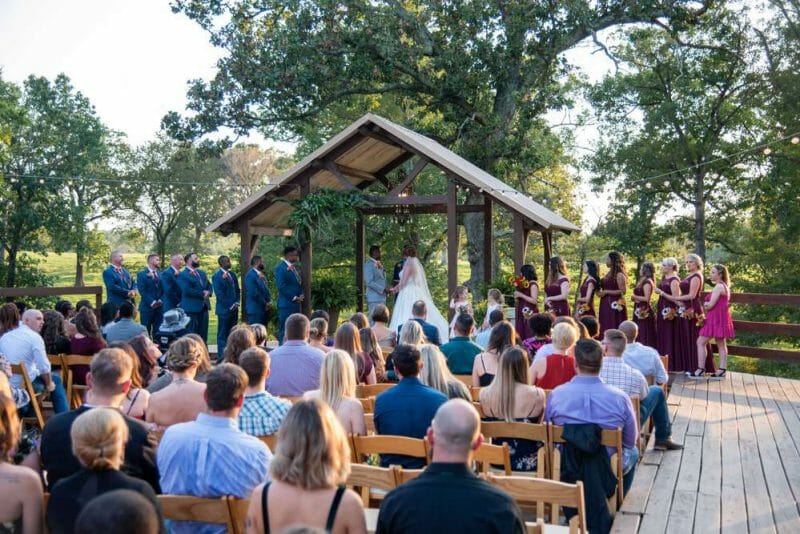 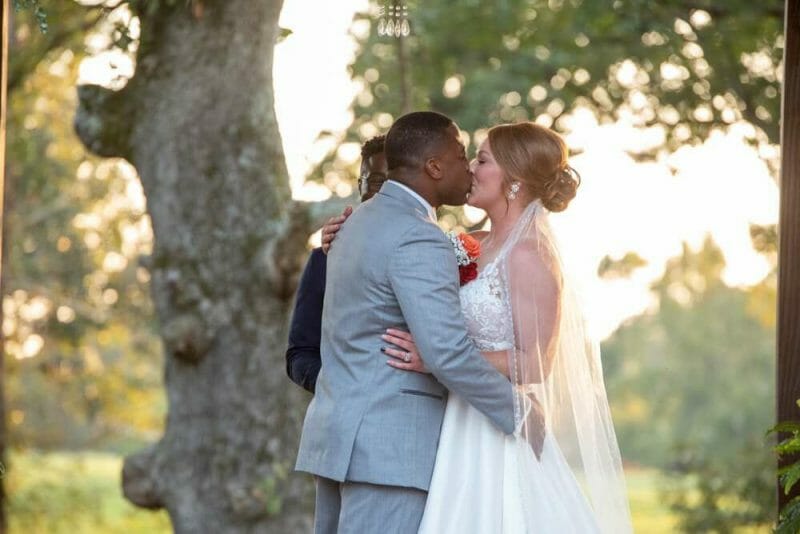 The ceremony was beautiful! Shayla was walked down by her daughter and her brother, which helped keep that moment extremely special. During the ceremony, Shayla presented Patrick with a surprise flower, and she pinned it on him like the show The Bachelor. Then, they did a sand ceremony to represent the blending of them altogether. 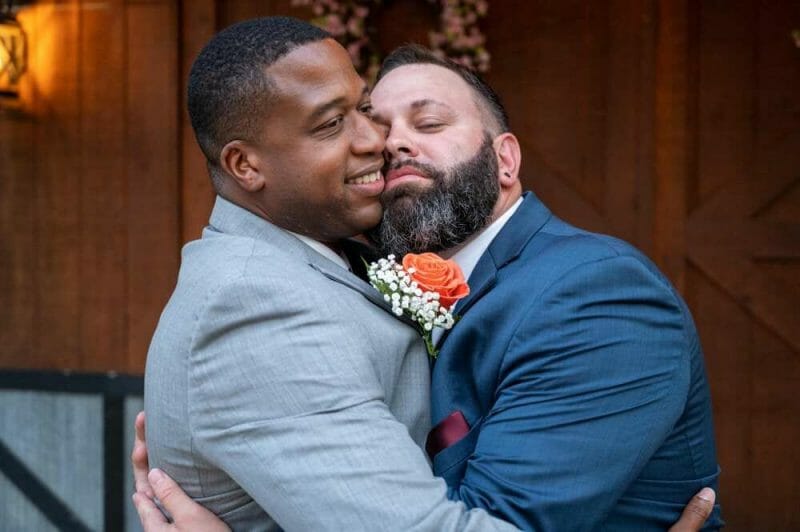 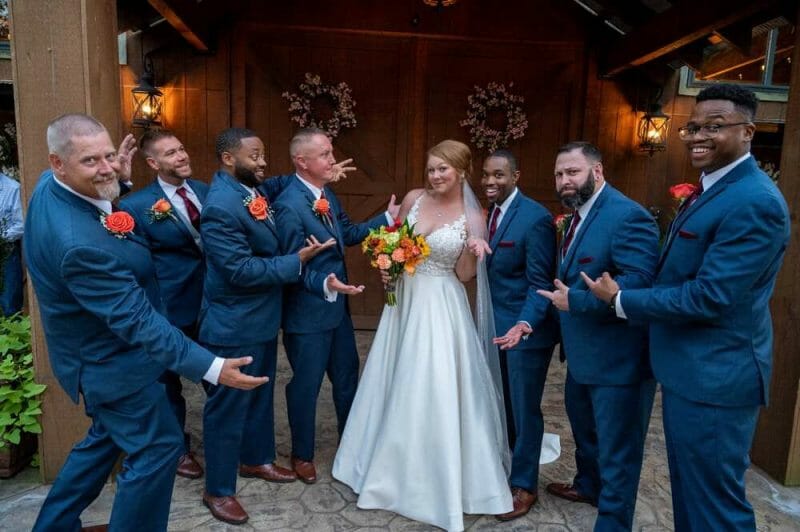 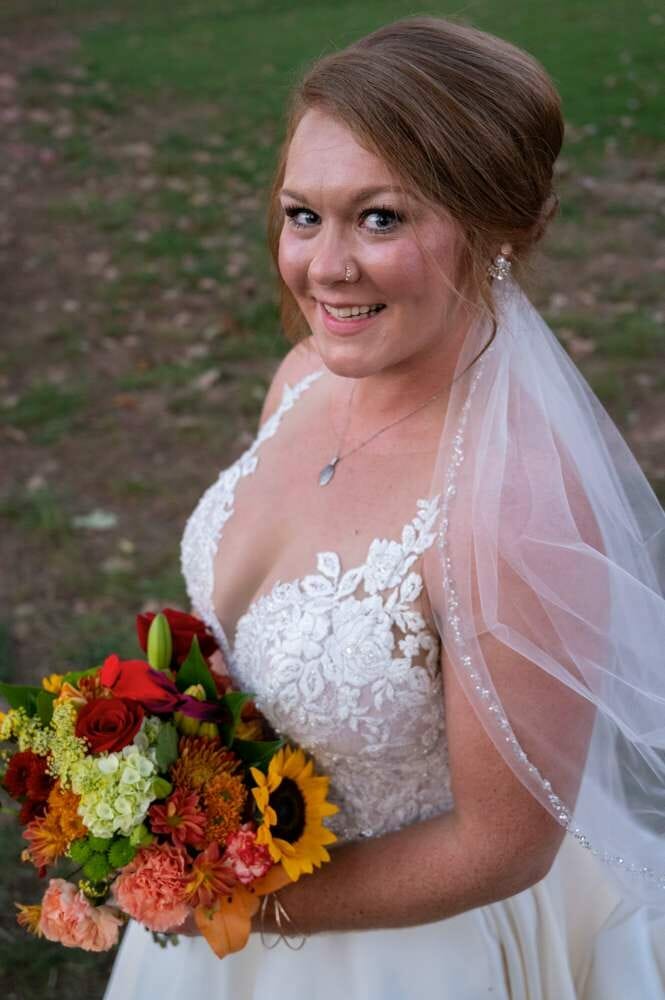 The reception is when things really began to liven up. The Barn was packed! Shayla and Patrick are truly loved by so many people! The mood was so happy and upbeat the entire night. The dance floor was full, people were having a blast in the photo booth, and the party lasted late into the night. 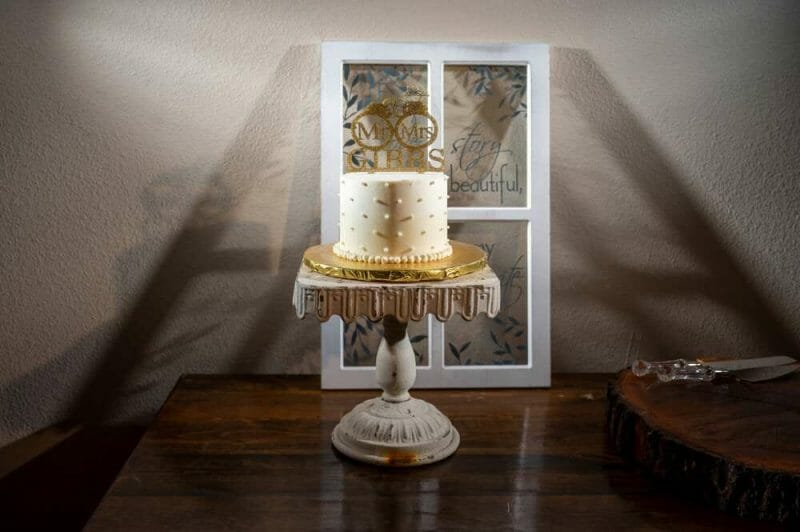 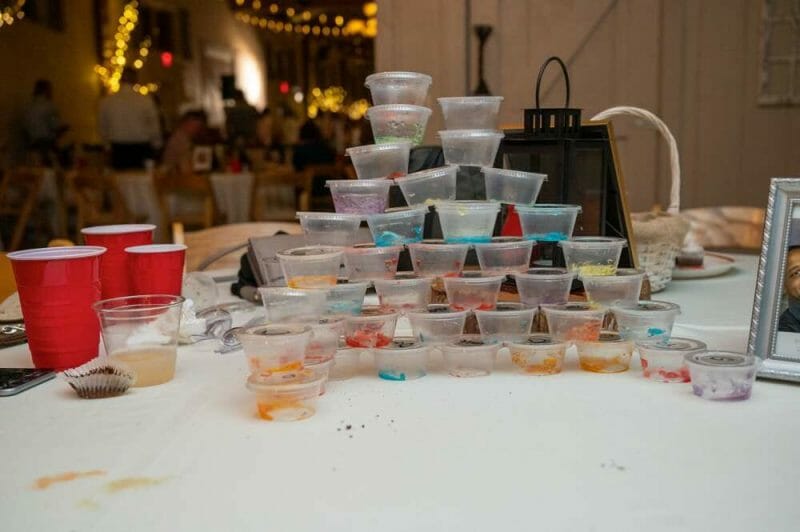 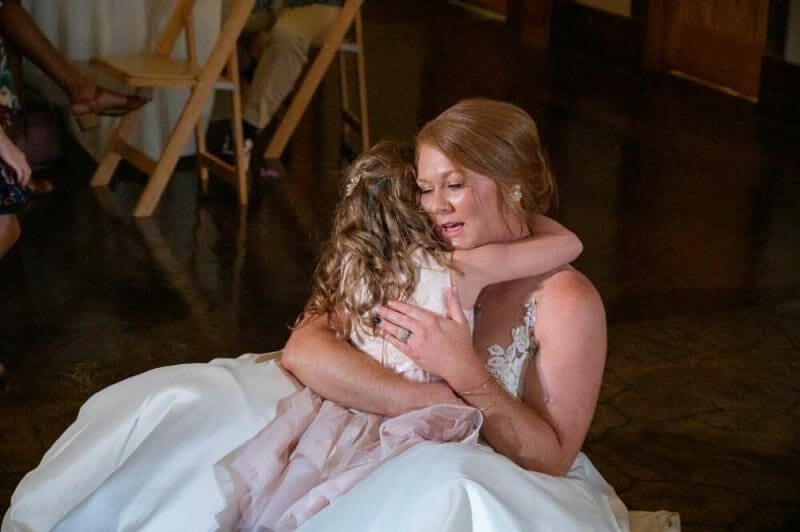 There were a few other things that really stuck out in my mind. At one point, Patrick’s Grandmother got ahold of the mic and spoke some kind words and then even sang a little bit. On the funnier side, one of the groomsmen had a particularly funny name. His last name was Berry, but everyone called him Dingle. I won’t go into it more than that if you don’t get it, but I will say his personality matched. 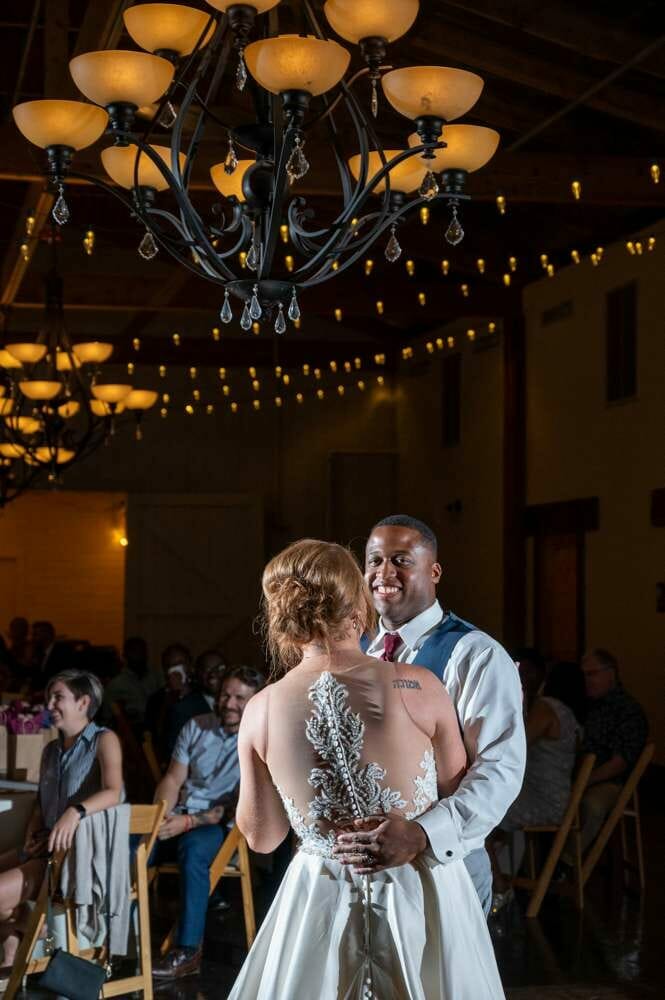 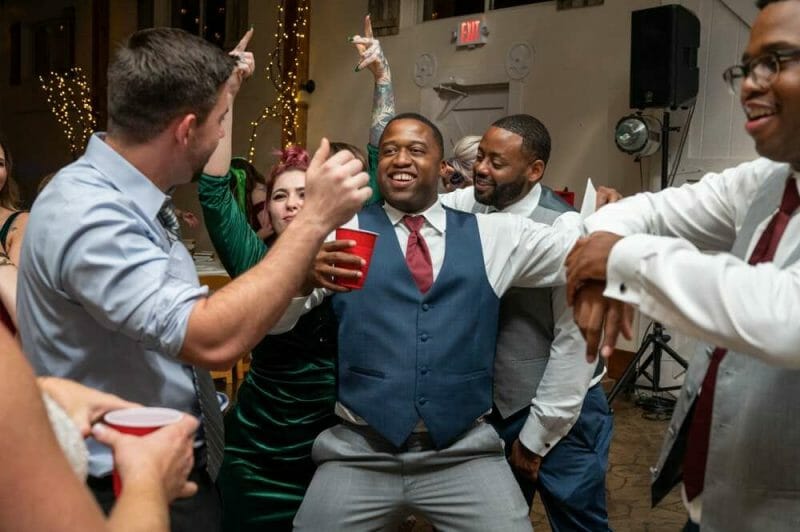 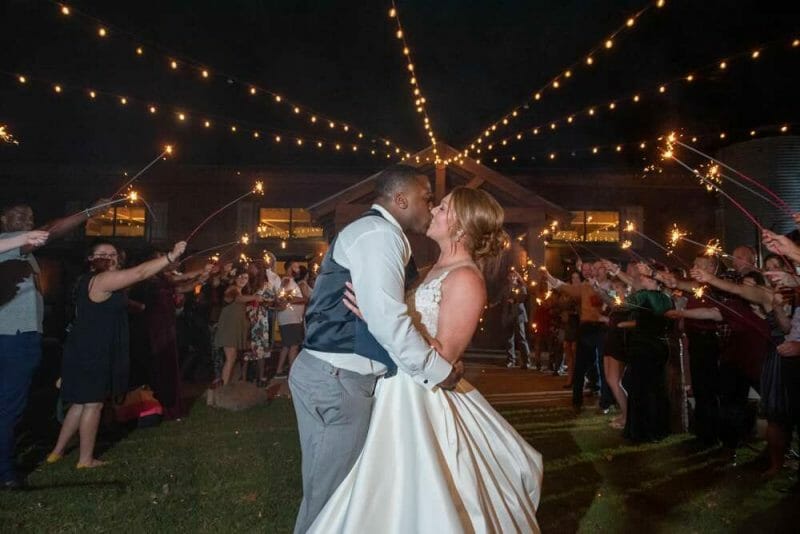 What a day and night! I’m so happy I got to be there for these two. Such a great day with such great people. There was so many smiles and just such a positive, upbeat energy everywhere! I’m so happy for Patrick and Shayla and can’t wait to see what the future holds.