One of my favorite things about being in the wedding world is seeing all the venues and locations out there. A good chunk of the time I work at a venue I’ve already visited, but occasionally I get to go to someplace for the first time or a new wedding venue opens. For Brooke and Nick’s wedding, we got to film at a brand new wedding venue, and I really mean brand new. This was the first ever wedding at Willow Brooke Farm. It is a beautiful place, and if you want to learn more, check out this post about the wedding venue. Today, though, we are going to focus on Brooke and Nick’s wedding film at Willow Brooke Farm.

For most weddings, I get to know the couple beforehand, but for this one, I was talking to Brooke’s mom the whole time, so I had no idea what to expect from the couple. Lucky for me, Brooke and Nick were a great couple. They both were pretty funny with Nick being a little bit more on the loud and crazy side. This was obvious early on when Nick’s present was a gun. The whole crew had a fun and they kept me entertained the whole time. 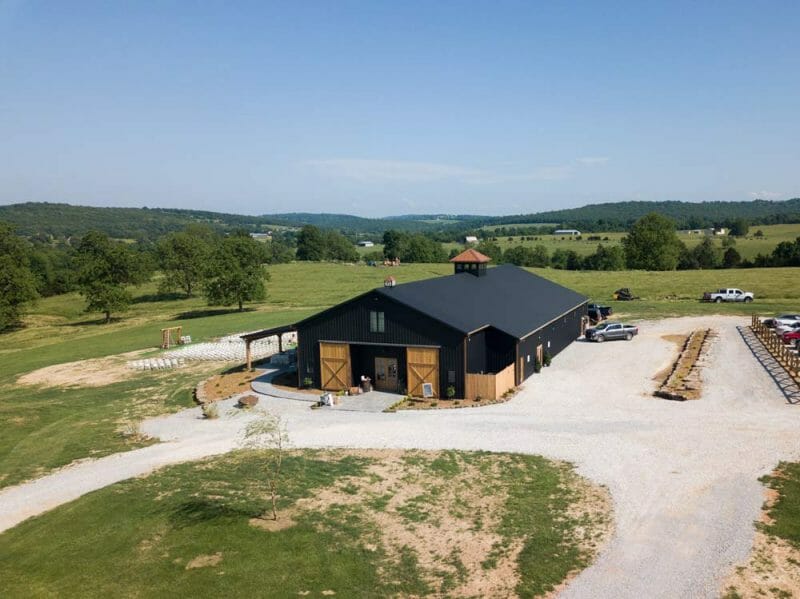 The ceremony was really a great one. First, it was outside and it was just a beautiful backdrop. Second, there were some really unique parts to the ceremony. They had multiple people speak, which is always interesting because you get different perspectives. They also did a wood branding, which I’ve never seen before. There was also some personality. During the kiss, the groomsmen pulled out scorecards to rate it, and as Brooke and Nick were leaving, Nick did a little jump heel kick. Funny stuff.

This wedding had some great decorations. I ended up getting more footage of details than I could actually use. There were all types of signs everywhere, some really beautiful plants on the tables, and plenty of unique food. The desserts were what really caught my attention. Brooke’s cake was beautiful, of course, but Nick’s was hilarious and impressive. It was a Coor’s Light cake with a real can up in the air pouring down into the cake base. They also had donuts and pie, so that’s always a plus!