Many people think photo shoots have to be really long and involved, and some times it is needed, but you’d be amazed at what you can accomplish in a short amount of time. That was very true for Kaitlin and Connor’s Gulley Park Engagement Photos. We were out there for maybe 40 minutes, and we got some amazing photos.

Kaitlin and Connor are an interesting couple. This was the first time I met them, so I wasn’t really sure what to expect. That’s actually one of my favorite parts of meeting new people. I get to ask them questions and try to figure them out. The first thing I noticed about Connor was his cowboy hat and awesome beard. I assumed he was into the country life, and it turns out he was a welder. He also seemed pretty reserved, but plenty of guys are like that at first. 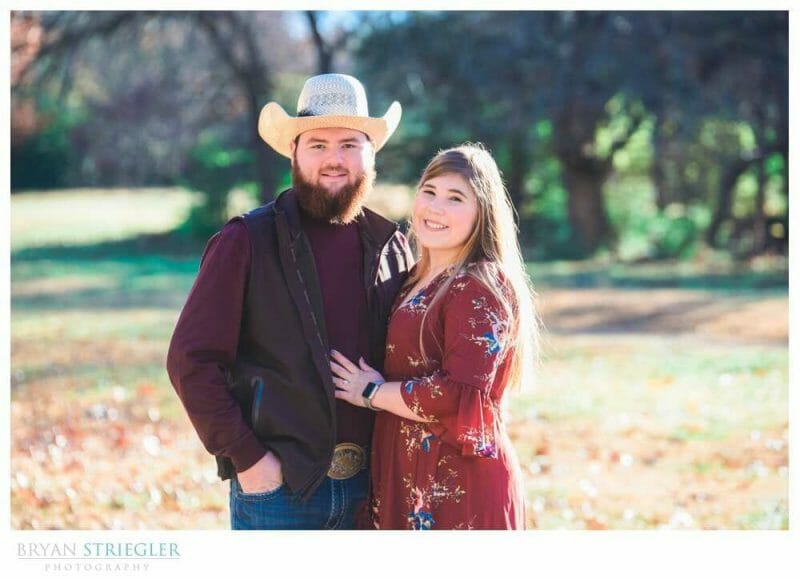 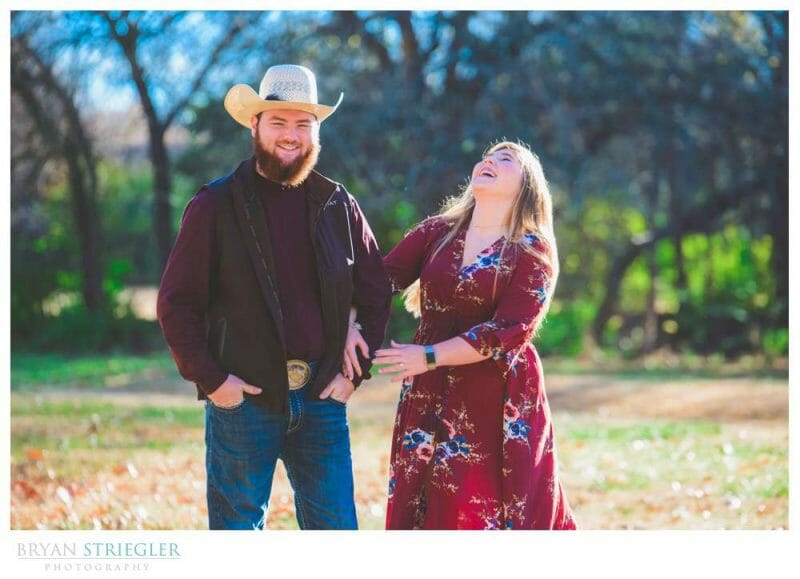 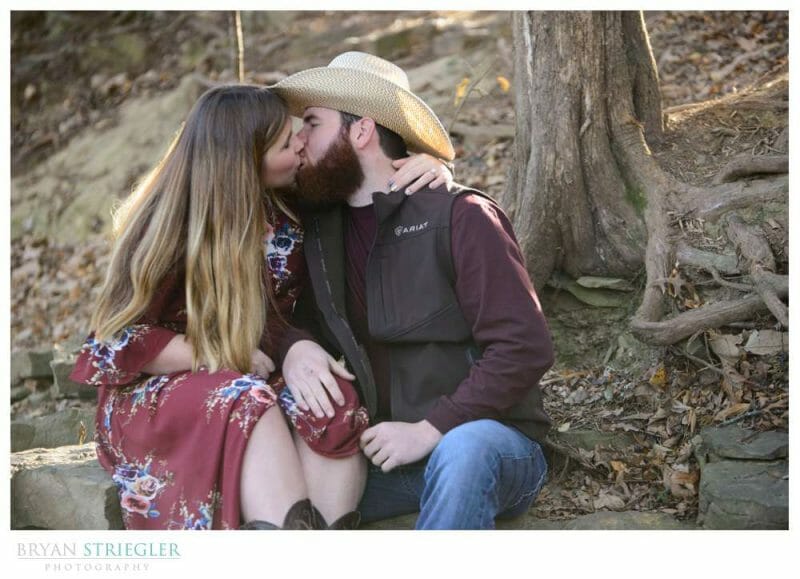 We walked around Gulley Park and just kind of found spots as we went. We used an open field, the creek, a little wooded area, a path, and then a field with high grass. It’s so cool that we could find so many different looks in such a small area. 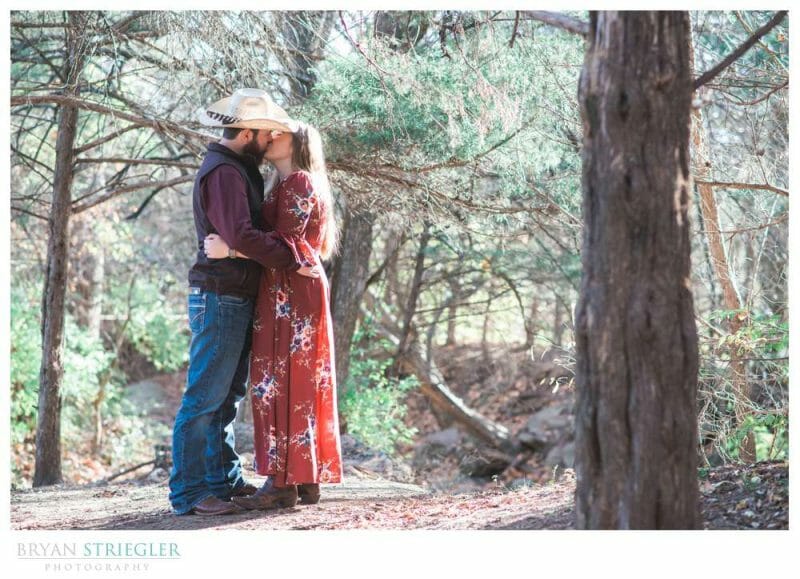 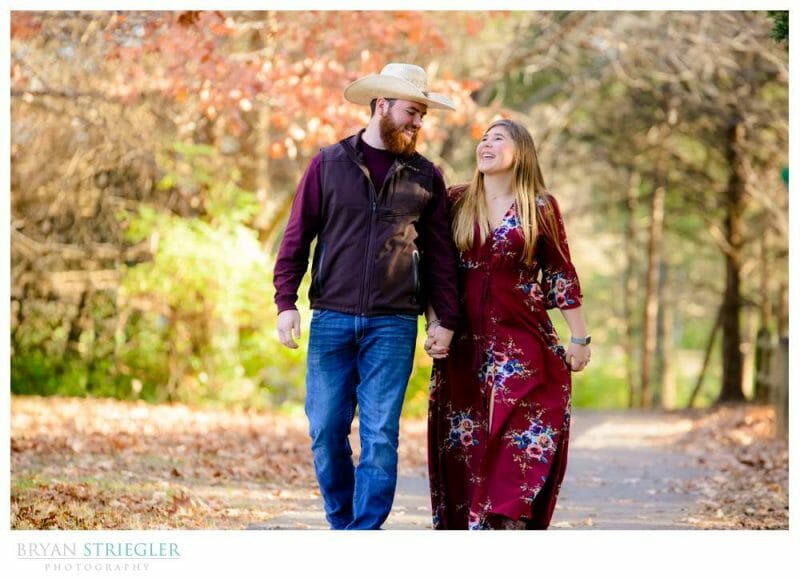 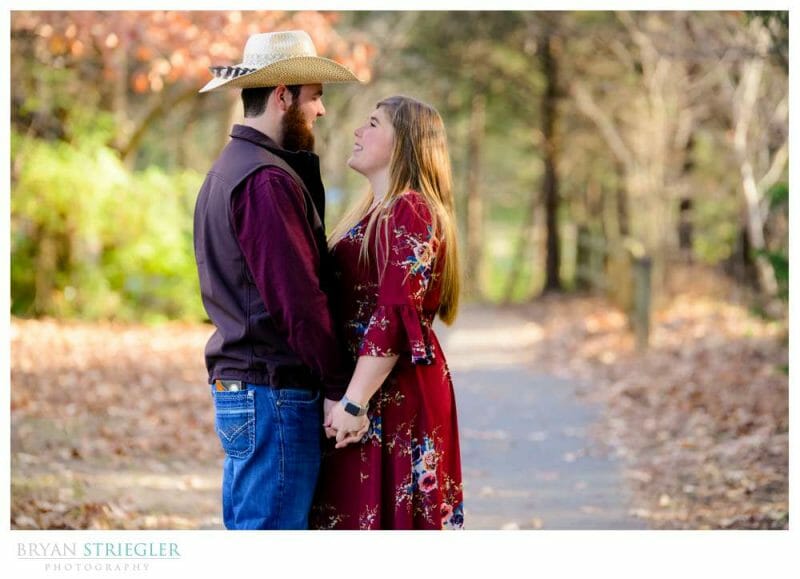 As we went from one place to the next, I kept talking to both of them, and I was really trying to get Connor to come out of his shell. Occasionally I’d see a flash of a real smile. Toward the end, when we were in the field with high grass, it really came out. I can’t remember what I said or told them to do, but it worked. Later, when I was texting with Kaitlin, she said that photo made her heart smile! It’s stuff like that that makes being a wedding photographer awesome. 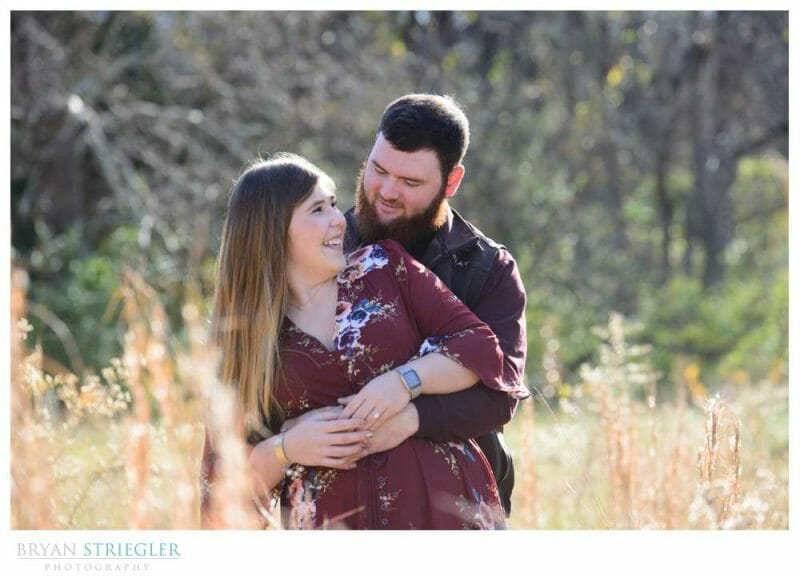 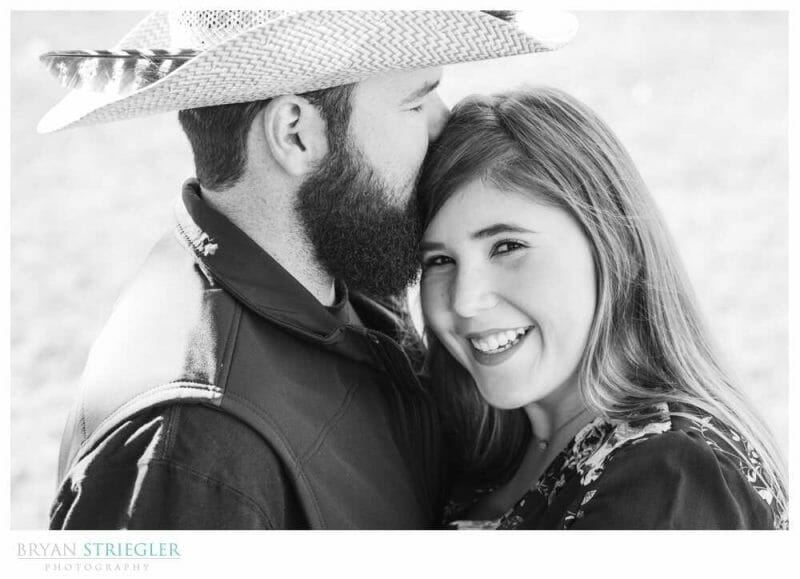 Many guys don’t like photo sessions, and Connor might still not like them, but at least I got him to laugh a few times throughout this short shoot. Also, these Gulley Park engagement photos are a great example of getting a lot of photos in a short amount of time. If you have the right location and right couple, you can get it done!