I feel kind of bad. It’s only been 13 days, and I kind of fell behind on my goals. To be honest, though, it wasn’t really my fault. For the past five days, I have been in Atlanta, Georgia for the Imaging USA conference. I brought an iPad, but for some reason, I wasn’t able to get into my blog. So anyway, the next three (or four) days, I’ll be blogging about my experience and giving my Imaging USA 2016 review.

To say I was excited about this conference would be a pretty big understatement. This is the first time I have ever gone to anything like this, and Imaging USA is one of the biggest conferences in the nation.

When I arrived on the first day and walked into the Georgia World Congress center, I was immediately greeted by a girl in an orange shirt that directed me where to go. This kind of help would from the volunteers be a reoccurring event through the conference. They were everywhere and they helped so much. I was so impressed by that.

I had downloaded the custom app earlier that day, and I was able to go through all the classes and select ones that I was interested. This app was another bonus of the conference. I used it every single day.

This class was all about mixing photos and video by using the Lumix GH4 and 4k video. Suzette said that during her sessions should would shoot a combination of photos and videos, so her clients would get both. One of the big pluses to her camera was the ability to pull photos from the 4k video. The video files were so big she could actually go and pull a frame and then make a print from it. This allowed her to never miss that special moment. While most people might take 5-8 frames a second, a video would be 24 or 30 frames a second. That’s a lot of options.

The photo/video thing was cool, but my biggest take away was a company called Live Portrait. It’s a company where you upload a video and connect it to a photo. When you scan that photo with the app, the video starts playing. For example, you could give someone a business card, and when they scan it using the app, a video starts playing of you explaining your services. Another idea would be to use it for a senior photo. When it gets scanned, it’s a montage of video from her entire session. It’s definitely unique, and it could be a good product to add to my sessions.

Amy was amazing. She lost both of her legs, and then she went out and accomplished so much more than most people ever accomplish with their legs. She’s an Olympic medalist, an author, a designer, a model, and created a foundation.

With determination and a goal, you can accomplish anything. If I can get that in my head, I’ll be able to do more with my life as well. 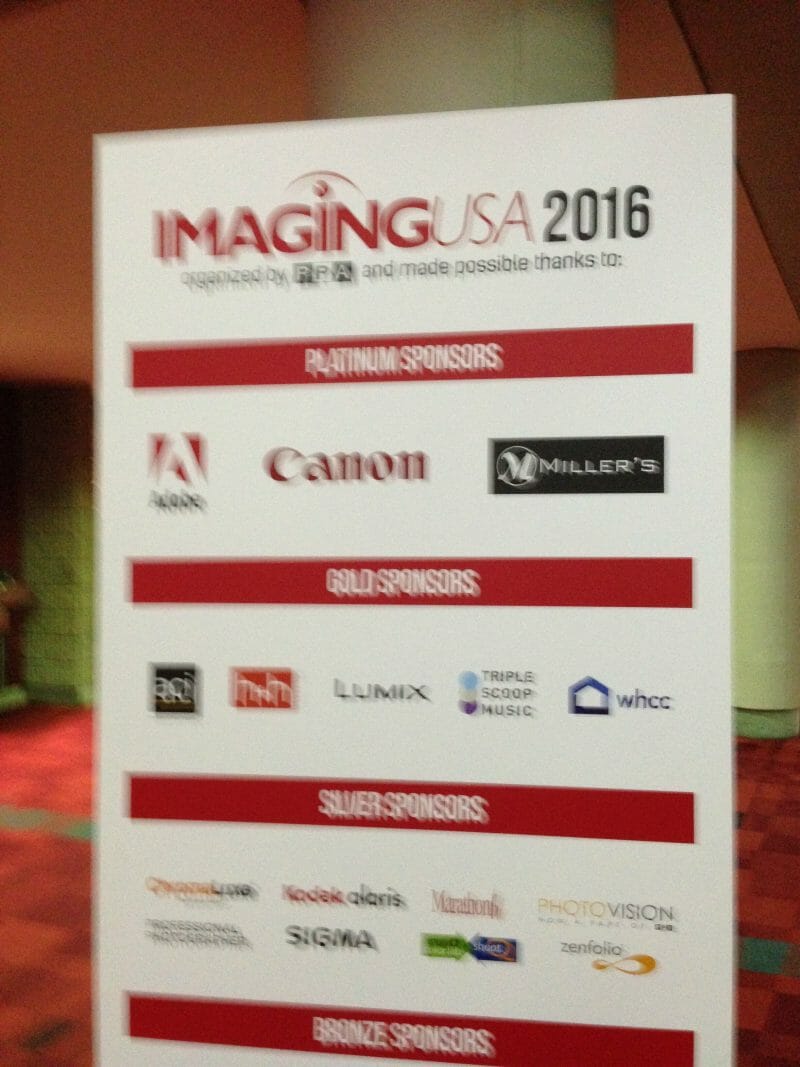 (Yes, it’s blurry. This is what I get without my real camera)