This shoot was just so much fun. Justin and Cori are lovely people to be around. They are both laid back, but what stuck out the most to me was how much Cori laughed. She just laughed the whole time, and it just really showed how much she enjoys being with Justin.

Justin and Cori suggested going out to Mount Kessler in Fayetteville. I had never been there before so I was game. To my surprise, there were a bunch of ball fields where we met up. I’m guessing there’s a bunch of trails around there, but we used what we had. Around all the ball fields were woods, so we were able to create some really cool stuff just there. We had this rock to sit on, a stream that we were barely able to get across, this big whole in the ground, and then a field with high, golden grass. 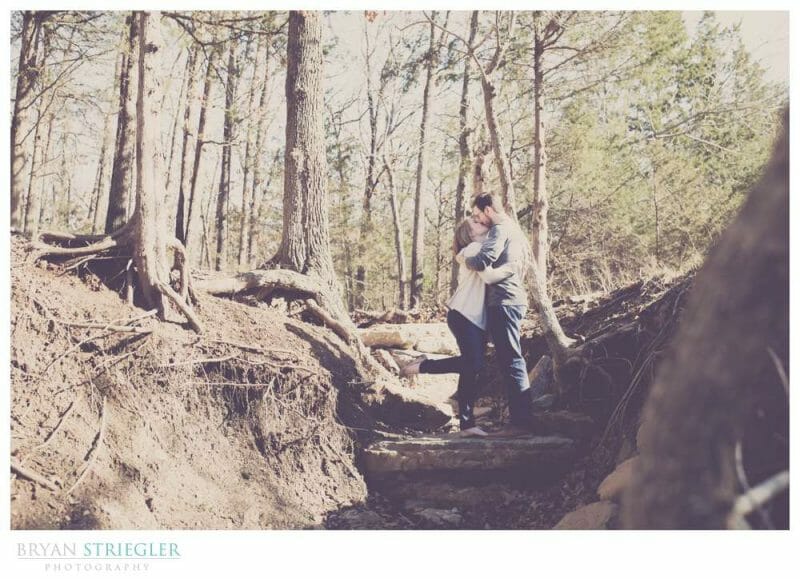 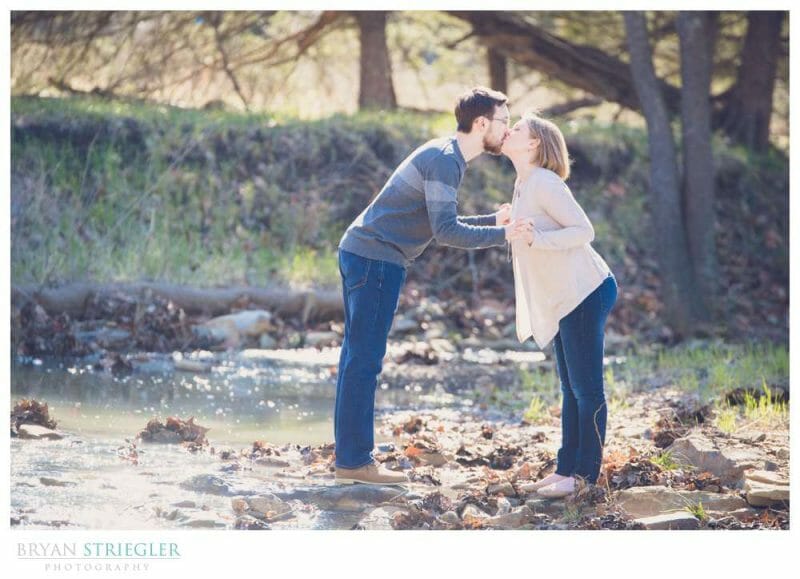 We really were only about 100 yards from the parking lot, and we didn’t move more than 100 yards in any direction. I was really impressed with what all we could do in that one small area. I know there has to be more to Mount Kessler, so I’m planning on going back and exploring in the future.

Our second stop was Wilson Park in Fayetteville. I’ve used Wilson Park for countless shoots, but I still always find a way to make something new. Over by the castle is a bridge. I had seen this bridge several times but never done anything with it. I had Justin leaning against one of the walls with Cori hugging into him. After moving around a bit, I noticed that the wall was curved and created this really interesting look. They turned out to be some of my favorites. 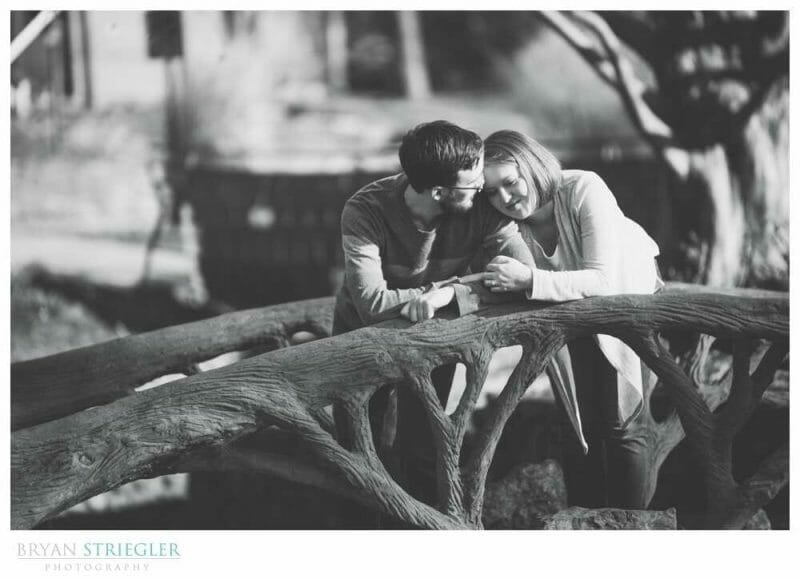 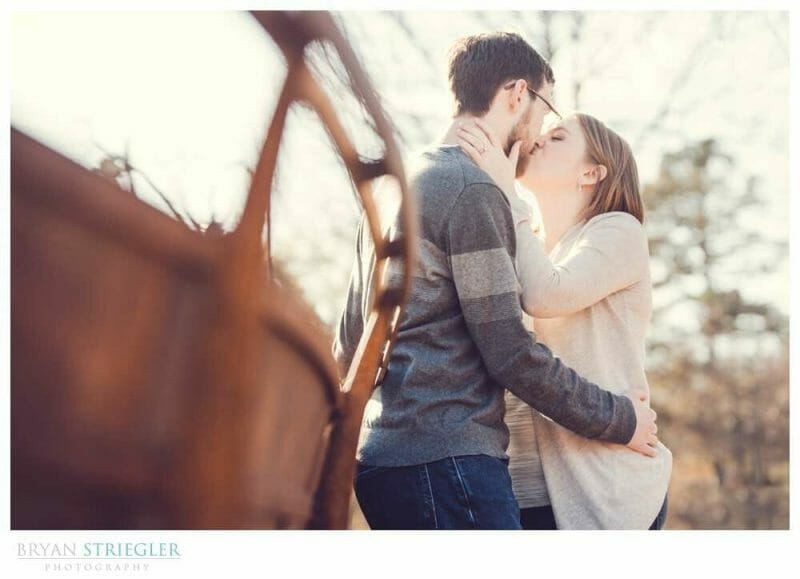 These two rocked their outdoor engagement photos! We created some truly original photos that were packed full of emotion and had a good time doing it. I also found a new place to shoot, so that’s always a plus. Justin and Cori will be getting married in October so be on the lookout for more amazing photos of these two!