This has been one of the hottest falls I can remember. It’s crazy cold right now, but it’s weird to look back and remember that October was in the 80’s and 90’s. This was a little hotter than we would have liked it for Ashley and Scott’s wedding, but that didn’t stop it from being a great day. Their Peel Mansion wedding was a day to remember.

It’s always fun getting to work at a venue for the first time. This was my first time visiting Peel Mansion in Bentonville. The first thing I noticed was its location. It’s right in the heart of Bentonville and surrounded by major streets and businesses. Right behind it is the Walmart parking lot. This seems like a strange place for a venue, but there’s not really another option. Peel Mansion is a historic site, so it’s been there forever and the city just happened to build up around it. The good thing is that once you’re inside the grounds, you really can’t see all of the noise; it’s blocked by trees and fences. 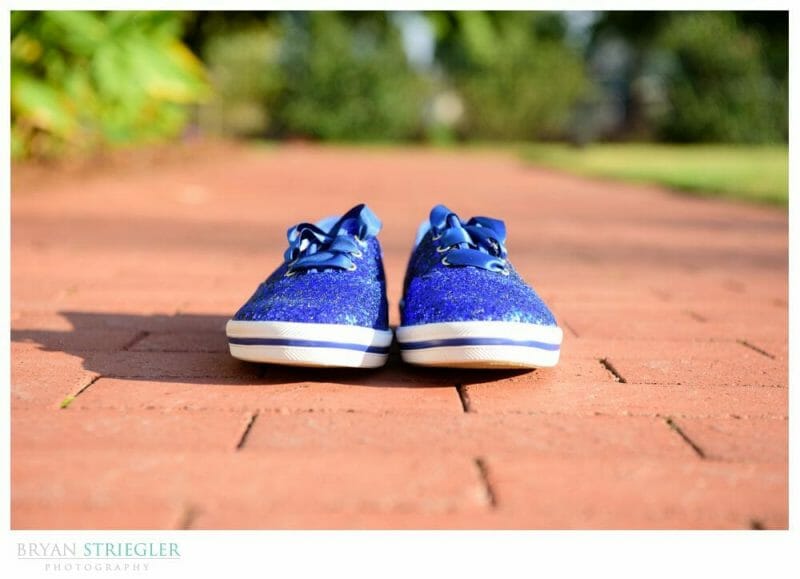 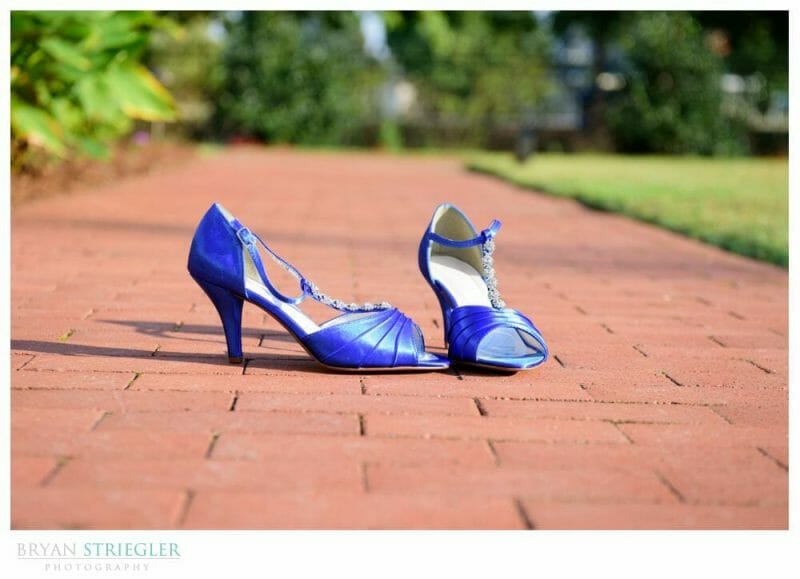 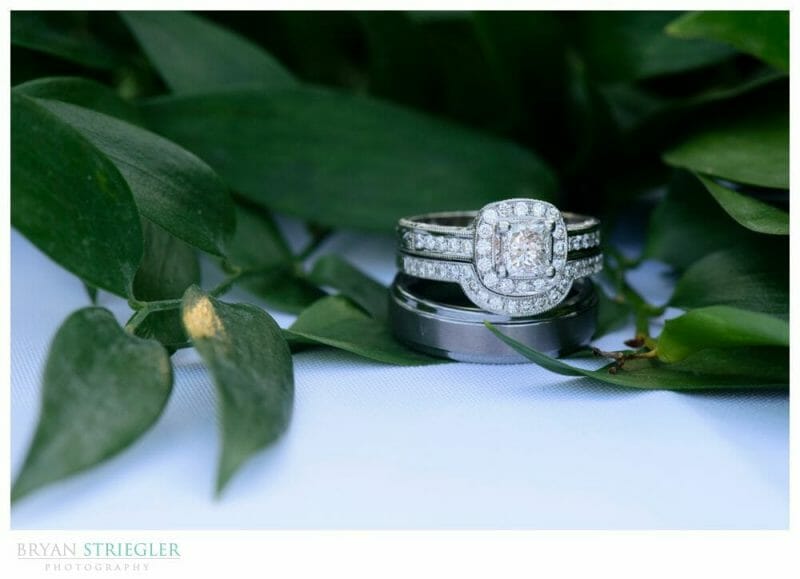 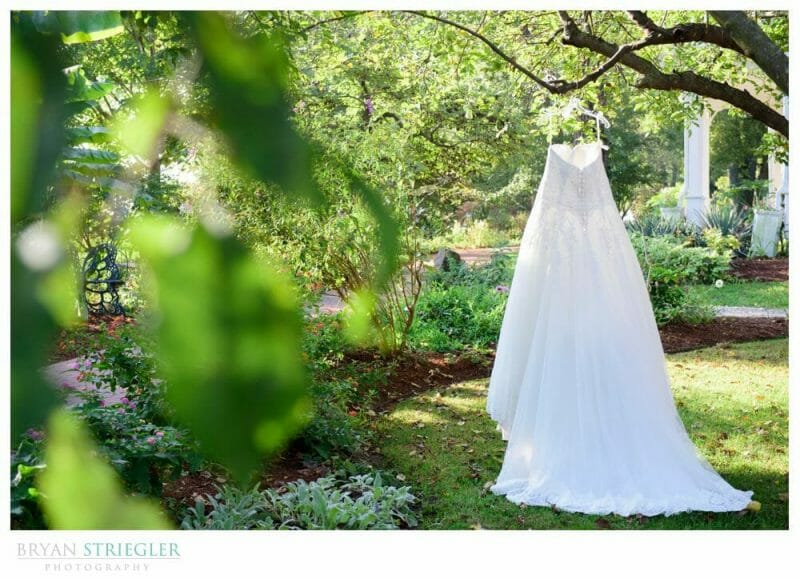 We started the day at Peel Mansion where all the girls were getting ready. I did some detail shots while they finished up makeup. One cool thing was that Ashley had two different pairs of shoes. One was formal and the other for partying. They both were a lovely shade of blue and sparkly. Outside where I was shooting, there was a brick walkway. For some reason, I got this whole Wizard of Oz feel with the shoes even though they were blue.

We traveled right up the road to the Mildred B. Cooper chapel in Bella Vista for the ceremony. The first thing we did was a first look. We had to shuffle some people away to make it happen, but it was worth it. They each had written some words and vows, and Ashley got a little emotional. Scott was more reserved, but that’s how guys can be. 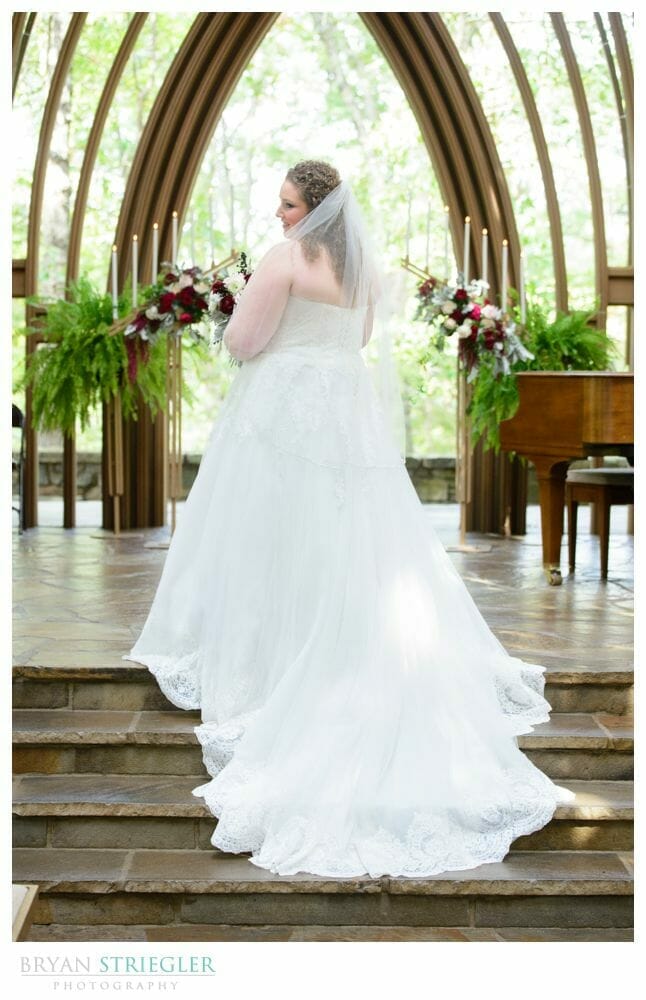 The ceremony happened right after the first look. There were several fun things about the ceremony. First, they didn’t have the traditional wedding party. Guys and girls were mixed up, and Scott’s father was the best man. It’s always nice to have something different. I also liked the officiant. He had one of those movie voices, and he gave some good advice. After the ceremony, we sped right back to Peel Mansion. 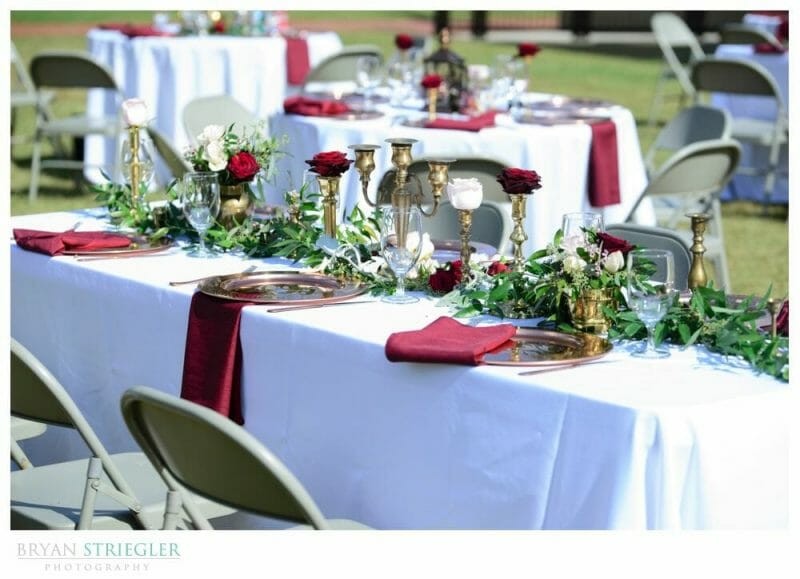 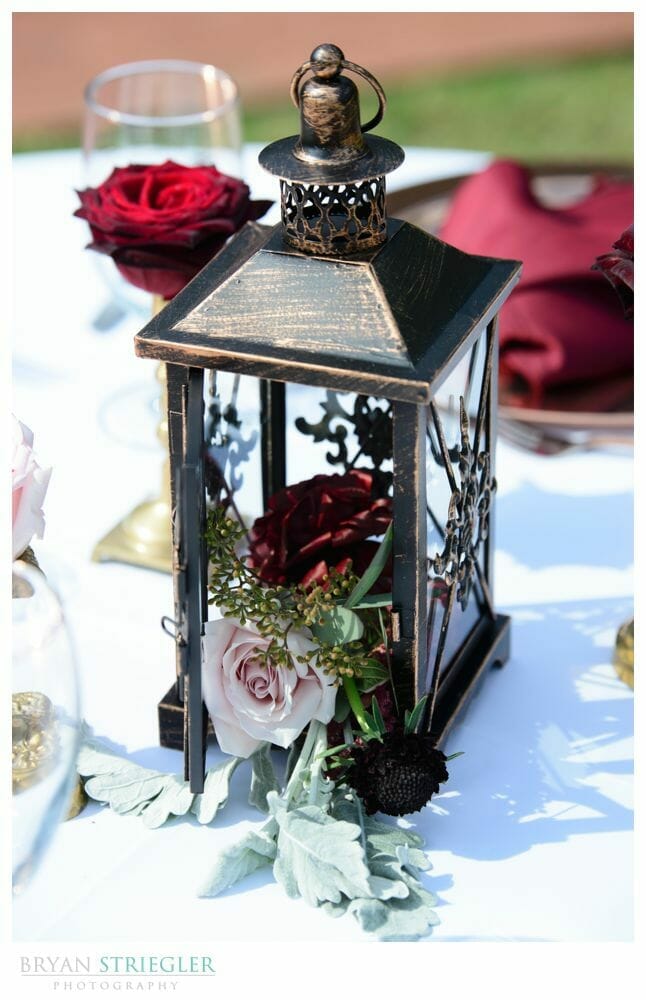 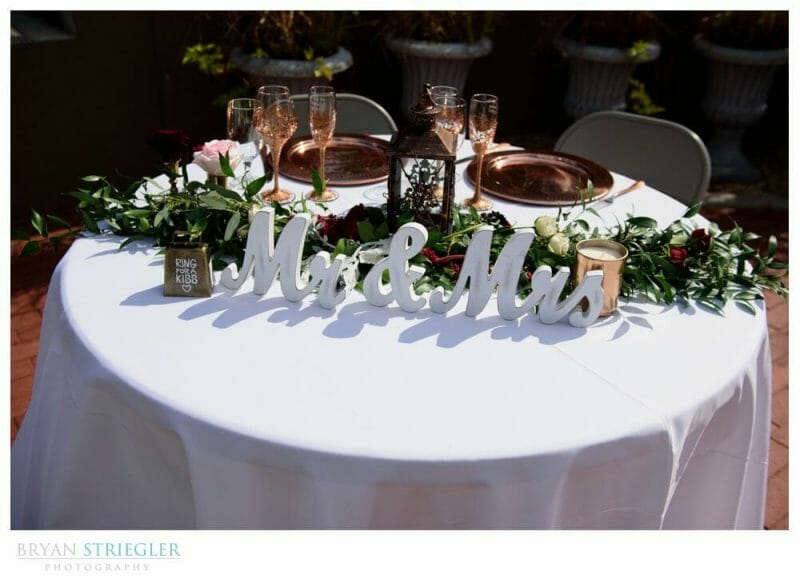 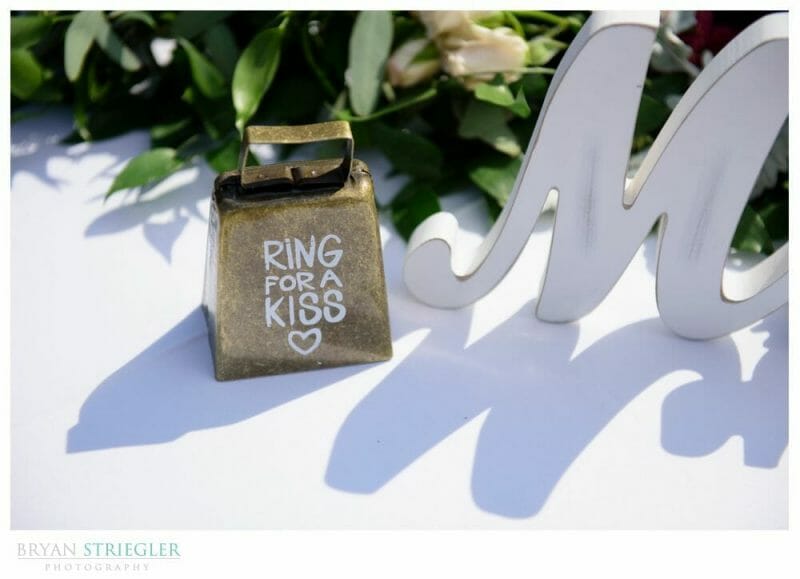 As I mentioned earlier, it was sunny and hot. Well, the reception was outside on the lawn, so it was a struggle at first. Luckily, there is an inside area so the food was protected, and people had a place to cool off. There were  a lot of fun events and things that happened, but the most surprising thing was seeing Scott dance. Scott always seemed to be the quiet one, but he got out there and did some crazy dancing. I guess it goes to show that people can always surprise you. 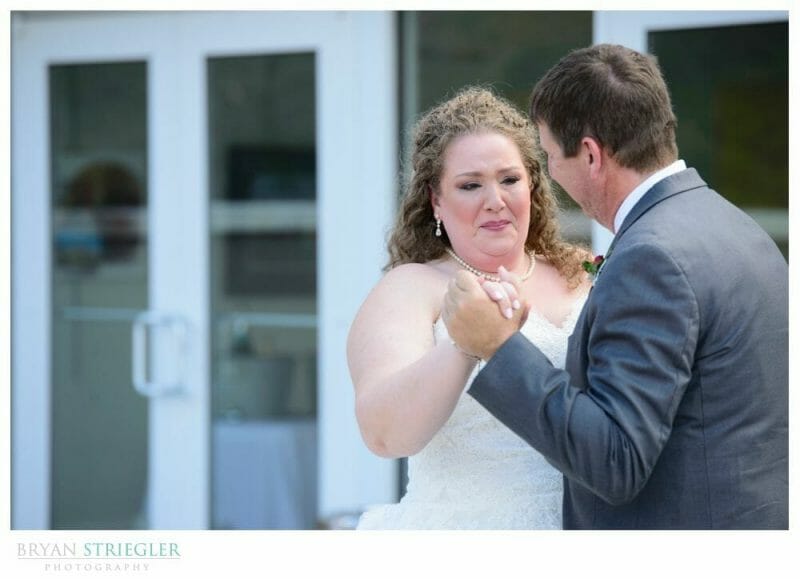 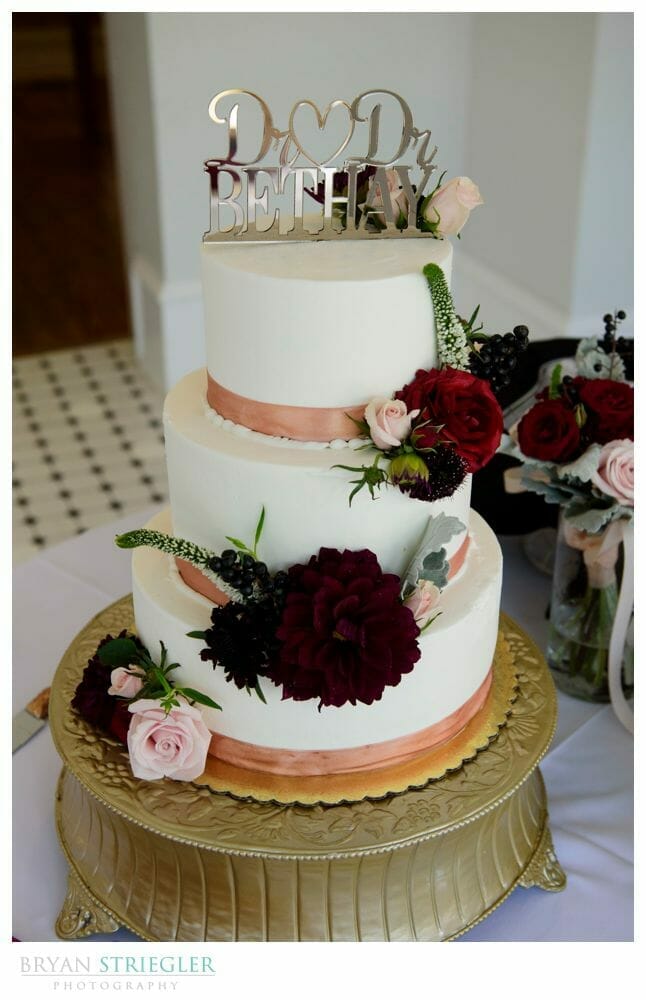 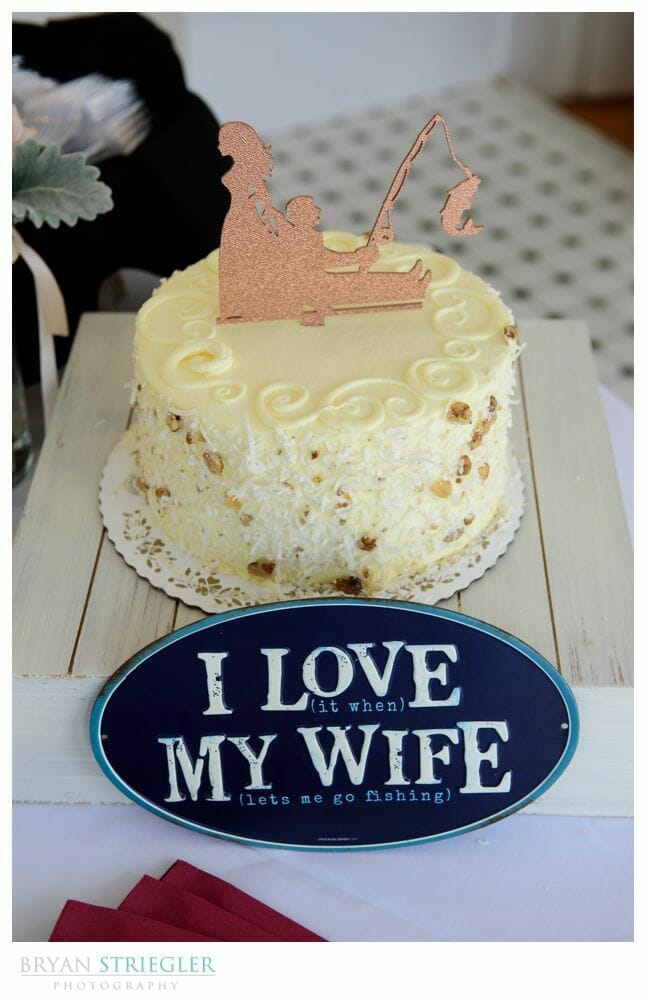 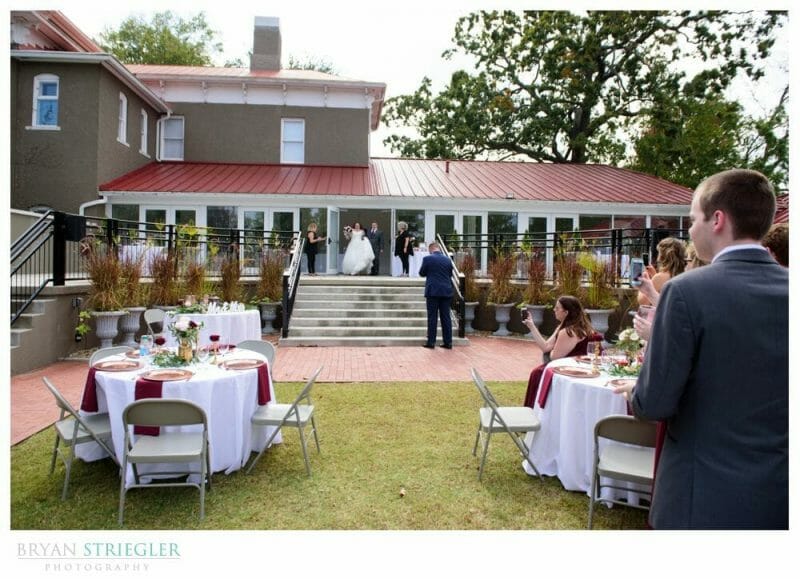 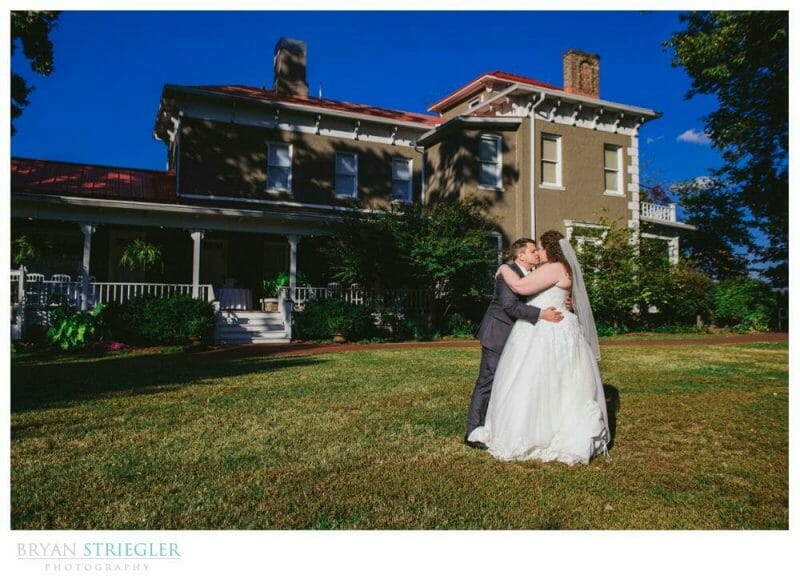 This was a great experience for my first Peel Mansion wedding. Ashley and Scott had beautiful decorations and details, and everyone was so relaxed. We got some really wonderful photos and I met some new vendors as well.