The Best Investment for Photographers

This is day 3 of my two week stretch of writing about becoming a wedding photographer or just a better photographer in general. So far I’ve managed to keep up and post every day. We started out with the question of should you be a wedding photographer, and yesterday I talked about how to get your first wedding. One thing I’m struggling with is the order of all these posts. I have a lot of important things to get out there, but I don’t know if there’s a logical order to it all. The same goes for today’s post. Today we’re talking about gear and the best investment for photographers. This might have been better as a day 2 post, but whatever, here we are.

The Best Investment for Photographers

Photography is expensive, just ask my wife. She’s gotten to the point where she just doesn’t ask or want to know about my investments. I say investments because that’s what they are to me and hopefully to you as well. Everything I buy, I buy with a purpose. The gear should fill some gap in what I don’t have and help me do something I can’t do or help me do it better. That’s always what I think about before buying something. If you’re not careful, you can spend thousands of dollars on things that you don’t really need. Many of you reading this are in that starting point of making those decisions on what to buy. So here’s my advice on the best investment for photographers. 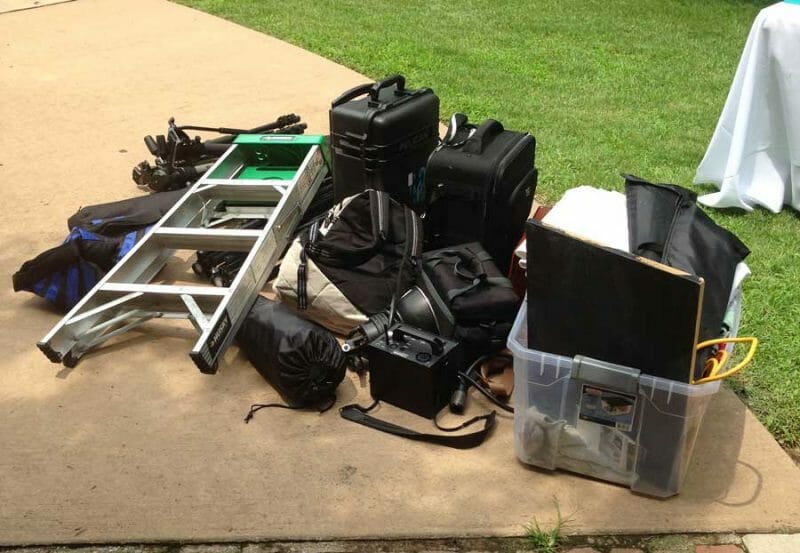 New camera bodies come out all the time. I honestly can’t tell you much about the majority of the Nikon or Canon bodies out there. There’s so many of them, and for the most part, there’s not a huge difference from one to the other. I very rarely upgrade my camera bodies because I don’t think it’s worth it. After a year, my new camera won’t be worth much because a new, better one will be out there. A lot of people make that mistake and think that the camera body is the most important. Yes, a nice camera does help, but as far as investments go, they aren’t great because they do lose value so quickly.

Instead, I think the best place to put your money is into lenses. You might be thinking, though, My camera already came with a lens, so I don’t need another one. Well, most lenses that come with cameras aren’t great. Once you try out a better lens, you’ll know what I’m talking about. There are plenty of differences, but the major differences are sharper images, faster focus, and lower f-stops which lead to shooting in darker situations and shallow depth of field.

Lenses can make a huge difference in the quality of your work. I can often just look at a photo and tell if someone has a good lens or not. It really does make life better. That’s not the only reason to go for lenses. Lenses also hold their value much longer than camera bodies because new lenses don’t come out that often. If you go and look on eBay, you’ll see that there are lenses out there selling used for 70% of the original cost.

Which lenses to buy?

The next big question would be, What lenses should I buy? That question has been thrown out there and discussed a million time over. The real answer is there is no right answer. It’s going to depend on what you’re photographing and your style of shooting. Weddings are different than landscapes and even within the wedding world, many photographers use different lenses. I mainly use a 24-70 and a 70-200, but if I was using prime lenses, I’d go for a 35mm and probably a 135mm.

Before you go and start looking at these lens options, let me warn you that the ones I mentioned are pretty expensive. If you’re trying to stay on the cheaper side, I’d look at the different 50mm versions and the 85mm. You can get both of those for around $500 if you buy the f1.8 versions.

Ok, I know I said lenses are the best investment for photographers, but coming in at a close second is education. I can’t tell you how much I’ve learned from watching videos. You can get a ton of free education, but from my experience, the best stuff does cost money. It’s been well worth. I know just one tip I’ve learned has earned me around $2000 this last year by itself. That’s just one tip. Imagine how much else is out there.

I hope you’re getting into wedding photography for the long haul, and down the road, you’ll be glad you spent the money on lenses, and I bet you’ll agree that they are the best investment for photographers. My two main lenses were around $2500 together, but I’ve been using them for 5 or 6 years, in hundreds of shoots, and I’ve made thousands of dollars using them, and I’m still going! I don’t’ see myself switching lenses anytime soon, so unless I do something silly and break them, I’ll be using the same lenses for years to come. That’s a great investment!